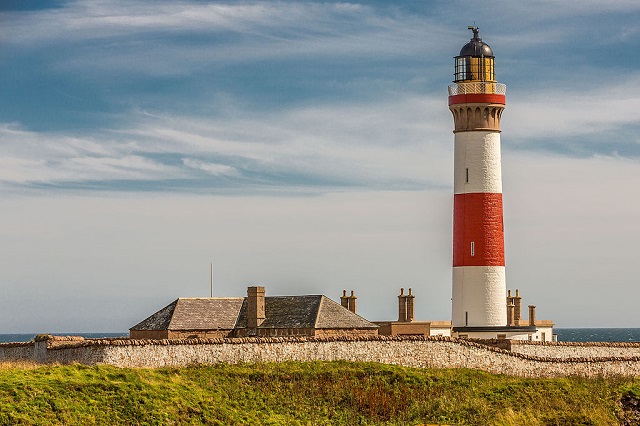 A quiet village that sits on the chilly side of the UK coast, Boddam is mainly known as one of northeast Scotland’s commuter settlements for nearby Peterhead and Aberdeen.

But, with its traditional stone-built cottages, 200-year-old lighthouse, and nearby ancient remnants from a time when primitive farming tools were considered cutting-edge tech, Boddam is a place with its own story etched into British history.

Ready to find out more about the curious little Scottish coastal village we call Boddam?

Let’s get into it.

Do you ever wonder what people were getting up to in Britain thousands of years ago? Before Picts, Romans, Celts, and whoever else had their day in the sun?

Yes? Well, evidence has been found of human activity in the Boddam area from the Neolithic period at around 3000 BC – a time before written records had even been conceived of in Britain. And it turns out; they were among the first Brits to give farming a shot.

Amazingly, ancient flint quarries used to excavate materials to make primitive farming tools went undetected by anyone in Boddam for 6000 years and were only uncovered by archaeologists in 1991.

You can discover some of the first known flint mines in British history at the well-preserved Den of Boddam – the only known place in Scotland where there’s proof of prehistoric flint mining.

Take a walk around the same site where our ancestors dug, scraped and shovelled their way 2 metres deep into the ancient earth, foraging for flint to craft into farming tools and weapons. The ground here is littered with some of the sharp, knife-like objects they left behind.

Even when the ancient Celts and Romans were knocking about, this stuff was seriously ancient (think of that!). It’s a sight to behold.

Just be careful not to cut yourself.

So, what does Boddam itself look like? Like many areas in coastal Aberdeenshire, the coast at Boddam is rocky, rough, and seriously rugged.

And while the cliffs aren’t considered to be particularly high, they make up for their lack of loftiness by being dangerously steep. So, if you attempt to scale down without using the proper footpaths, a perilous drop onto the razor-sharp rocks below awaits you. Beware!

The notoriously stormy Scottish weather sent so many boats crashing into the cliff walls that a lighthouse was finally constructed in 1827 to warn sailors of the dangers that loomed ahead.

You can still see the Buchan Ness Lighthouse today, sitting proudly on top of a headland, standing 36 metres high, and flashing a brilliant white light that can be seen from 52km away. It also has a nice big red band painted in the middle – so you can’t miss it!

With all this talk of ships, boats, sailors, and the like, you’d probably expect fishing to be a big deal here.

Well, in the 1800s, you’d be right. Boddam made a name for itself as a fishing town until its harbour was expanded so much that nearby Peterhead benefited even more from the extra harbour space than Boddam did.

Poor little Boddam was left in the dust! (the irony…).

But, although fishing isn’t what it was before this turn of events, you can still get freshly-caught fish and crab for dinner at one of the local inns if you’re feeling peckish.

And, Boddam is also a good place to get your hands on some lobster (as long as you’re not buying in bulk!).

So, now you have some idea of what was happening on this part of the UK coast in both the distant and the recent-ish past.

Finally, let’s look at the centuries in between and see what else you can see surviving in Boddam.

Clan Keith is a Scottish Highland and Lowland clan whose chief built castles around Scotland. One of these was constructed in Boddam in the 16th century – some remains of which you can still see standing in Boddam to this day.

And as for Clan Keith, some of their descendants emigrated to the US years ago and have been invited back to Boddam to reunite with the area their forebears once controlled.

As with many Aberdeenshire areas, fierce battles between warring Picts and Danes raged in Boddam throughout the early middle ages.

So you’ll have to make do with some pretty decent information boards.

Cover photo source: Boddam Lighthouse, the other buildings are a B&B by Alan Jamieson from Aberdeen, Scotland, CC BY 2.0, via Wikimedia Commons