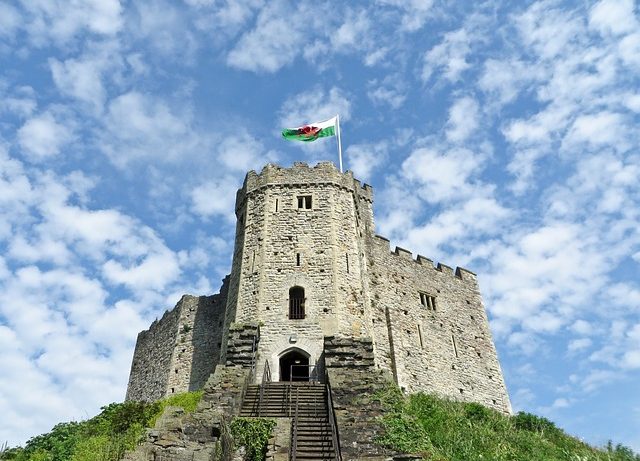 Cardiff is the capital and largest city in Wales. with a population of 362,400 people according to the 2021 census. Set within the historic county of Glamorgan, the city is the beating heart of Wales, attracting 21.3 million visitors in 2017 alone. Cardiff is well known for its television and film production, with popular shows and films such as Doctor Who, Torchwood and Sherlock all filmed in the city.

Whether you’re looking for a spot of culture, vibrant nightlife, or just a relaxing day out, Cardiff has something for everyone to enjoy.

Cardiff’s history is deeply entwined with its port, coal and its people. From its beginnings as a small Iron Age settlement in the 6th century to its modern-day status as the capital city of Wales, Cardiff has always been a thriving and diverse hub of activity.

Archaeological evidence of early Neolithic settlement can be found at the Tinkinswood burial chamber, near St. Nicholas. During the Iron Age, the area was populated by the Silures tribe, before being conquered by the Romans around 50AD. In the 11th century, Cardiff Castle was established by King William I of England, and the town began to grow in size and importance. Then, in 1404, most of the town was destroyed by Owain Glyndŵr, who also claimed the castle as his own.

The modern history of Cardiff began in the early 19th century with the building of the docks. Until then, the city had remained a small town, but when coal mining began in the region, Cardiff became the main port for coal exports. This led to a huge surge in population growth throughout the 19th century. By 1955 it had become the capital of Wales.

Today, Cardiff has a population of more than 350,000 people and is a vibrant and diverse city steeped in history. Its rich past and strong connection with its port, its coal, and its people are fundamental to its identity and will remain part of its story for generations to come.

Cardiff is home to several iconic landmarks, from towering castles to inspiring museums.

Cardiff Castle is one of the most famous landmarks in the city.

Located in a beautiful parkland setting and surrounded by centuries-old walls, Cardiff Castle offers visitors the opportunity to explore its many historic rooms and courtyards. The Norman Keep, one of the oldest surviving sections of the castle, is home to a museum and the remarkable Black Tower; the castle is also home to the impressive wartime air raid shelters, a reminder of the city’s role in World War II.

The castle was built around 1091 by the Normans, established by King William I of England, and has been a part of Cardiff’s history ever since. It is renowned for its impressive architecture, which spans from the Medieval period to the Victorian era.

Cardiff is also home to the Senedd, the Welsh Parliament building. The modern structure is a far cry from the old buildings of Westminster; the building is an iconic symbol of modern Wales and its democratic system. The Senedd is open to the public and is home to the National Assembly for Wales. You can take a guided tour of the building and learn about the history and functions of the Welsh government.

Another historical landmark is the National Museum. This impressive museum houses collections from the Iron Age to the modern day, alongside interactive displays and engaging exhibits. Visitors can learn about Wales’ rich history and culture, as well as explore the museum’s extensive art collection.
The national museum is free to enter.

Situated a mere 20-minute walk outside the centre of Cardiff, people have been coming to this spot to worship since the sixth century; the original church here did not withstand the test of time. However, the current cathedral building still has a rich and lengthy history, with the first stone laid in 1120 and much of the structure we see today dating from the 12th and 13th centuries. It is also home to one of the oldest organs in Britain, and its bells ring out across the city regularly. Inside, you can find a number of fascinating treasures, including an ancient stone font and a collection of stained-glass windows. As well as being a place of worship, it is also a popular destination for tourists and offers guided tours.

Cardiff’s town centre is a vibrant hub of activity, fitting for the Welsh capital. It is home to a diverse array of shops, restaurants, pubs, and attractions, making it the perfect place to spend an afternoon.

A worthwhile stop-off for music lovers is Spillers Records, which claims to be the oldest record shop in the world. They are located in the Morgan Arcade and have been selling vinyl since 1894.

Cardiff Bay is Europe’s largest waterfront development, brimming with restaurants and shops. The bay is home to a wide range of attractions, from the iconic Welsh National Assembly building to the Millennium Centre, a performing arts venue. There’s also Cardiff Bay Barrage, a state-of-the-art structure that protects the area from flooding and creates an idyllic ecosystem for birds, seals and other marine life.

Ianto’s Shrine is a rather popular attraction, a tribute to a fictional character who died more than a decade ago. Techniquest is also popular, a science and discovery centre with two floors of engaging exhibits suitable for all ages.

If visitors want to explore more of the area, the Cardiff Bay Trail is a 4.5-mile cycle route that traverses the waterfront. Along the way, visitors can stop to enjoy the Scott of the Atlantic monument and exhibition. This monument commemorates the story of Captain Scott and his men as they set off in 1910 in search of the South Pole and immortality.

Bute Park is an oasis within the heart of the city. Spanning over 130 acres, Bute Park is home to a variety of attractions, including a lake, formal gardens, a playground, and a range of woodland and meadow areas. Visitors can relish in the verdant tranquillity of these beautiful gardens as they follow pathways deeper into the park, accommodating cyclers and walkers alike. It is a great refuge from the busy city streets.

Cardiff is an exciting and diverse city steeped in history. With its vibrant culture, stunning scenery, and an array of activities, it is easy to see why Cardiff is such a popular destination.