The sand lizard is a small lizard species, averaging 20 cm in length. Females are sandy brown with dark blotches along their backs, while males are bright green with dark speckles. 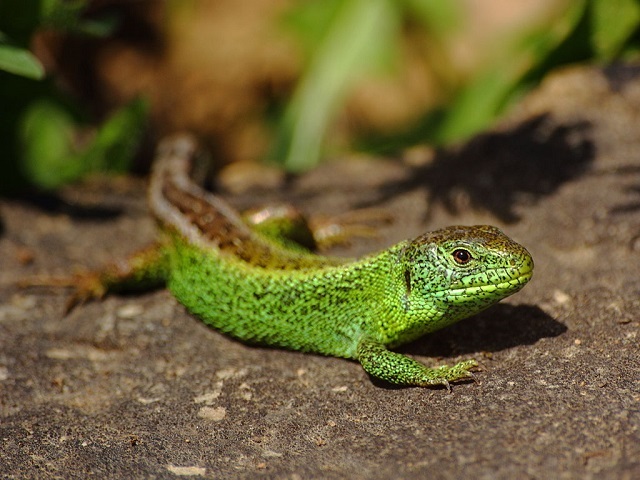 The slow worm is a species of legless lizard that can be identified by its snake-like appearance and smooth, grey skin. Males are usually paler than females, and the average adult length is 45 cm. 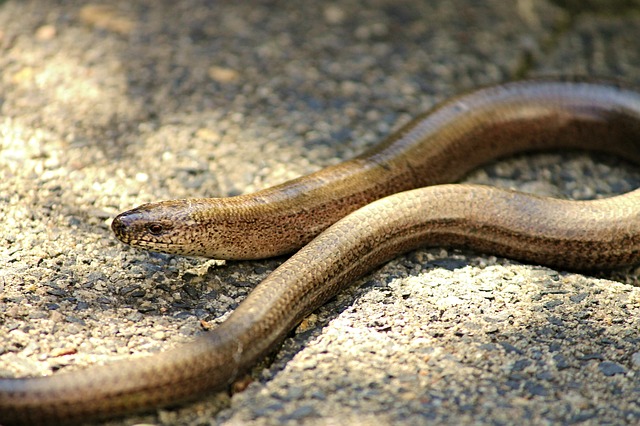 Viviparous lizards measure 13 cm in length on average and are generally brownish-grey in colour, with dark markings. Males have bright orange undersides. 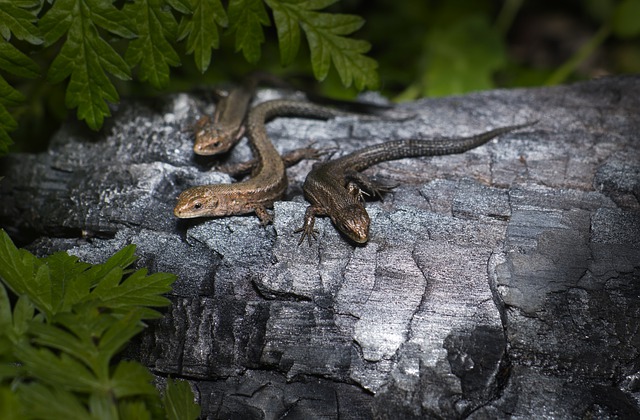 The adder is a striking species of snake, easily identifiable by its zig-zag markings down its back. Males are grey with black markings, while females are brown. Their average length is 70 cm. 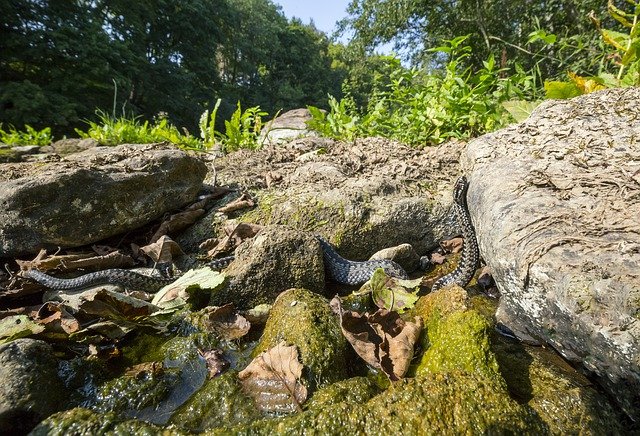 Barred grass snakes are the longest snakes in the UK, measuring 1.2 m on average. They are generally dark green in colour, with black barring and a black and yellow collar. 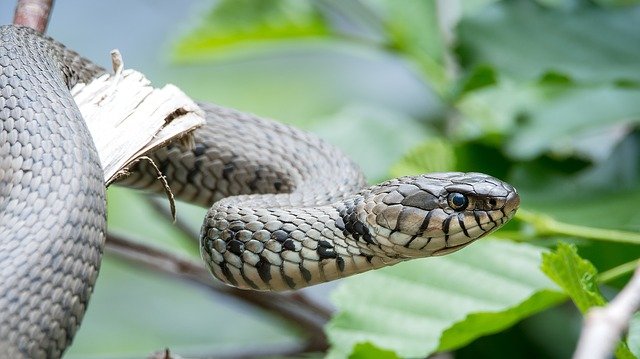 The smooth snake is generally brown or grey in colour, with a dark crown on the head. It has a slender body and measures 60 cm in length. 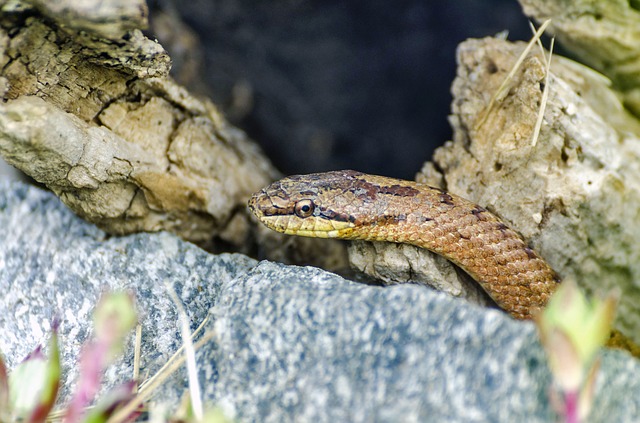 The leatherback sea turtle is a very large species, reaching an average length of 2 m. It lacks an obvious shell – instead having a leathery back – and is generally black in colour, with white dots all over the body. 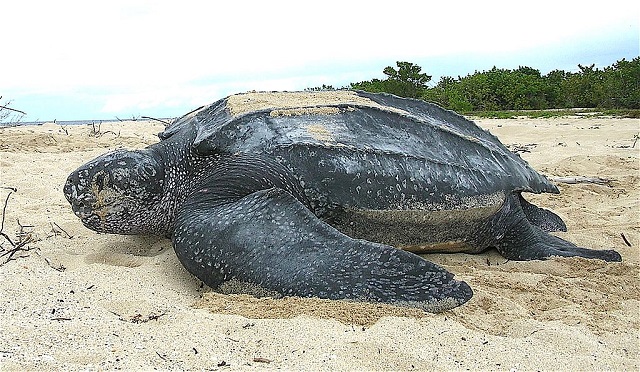 The common frog is very variable in colour, coming in a range of greens, browns and yellows. It has a dark mask behind both eyes and measures 10 cm in length on average. 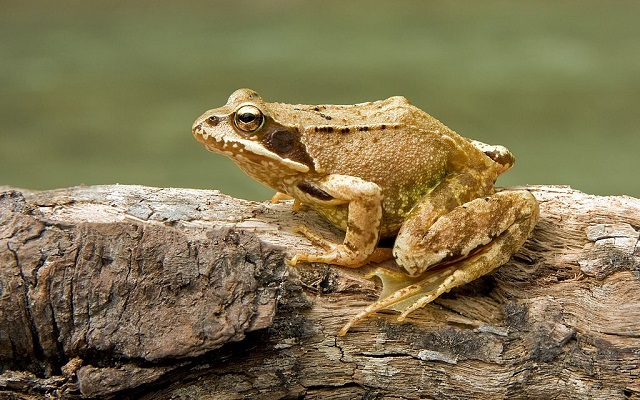 Common toads have brownish, warty skin and short back legs. They usually measure 11 cm in length and have copper-coloured eyes. 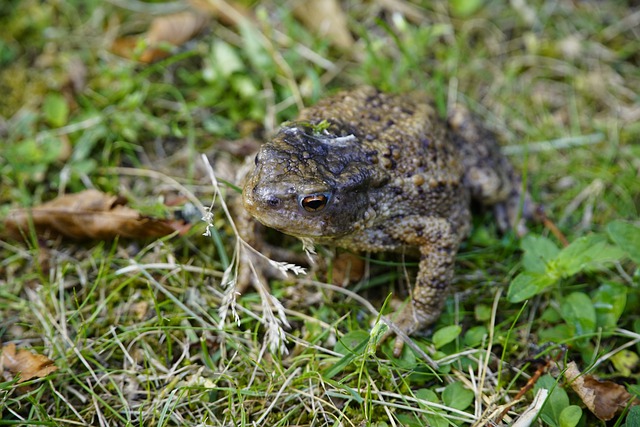 The natterjack toad is a small toad species, measuring just 7 cm in length. It is olive-brown in colour, with a distinctive yellow stripe which runs down its back. 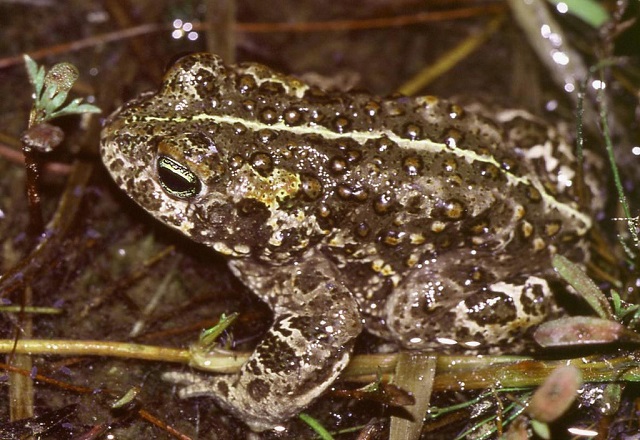 As the largest newt in the UK, the great crested newt reaches an average length of 14 cm. Both sexes are black with orange bellies and warty skin, but males develop a striking crest during the breeding season that runs down the length of the body. 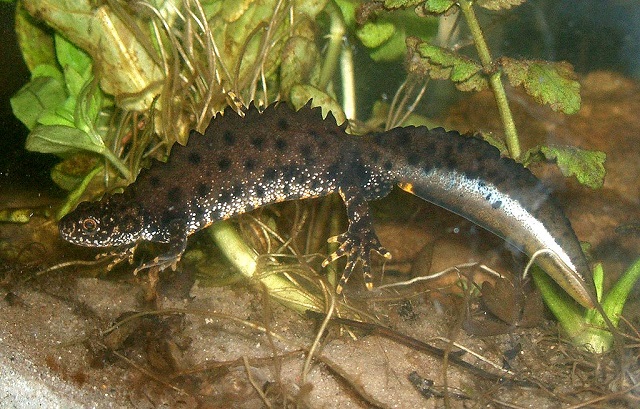 The palmate newt is generally olive-brown in colour, with dark markings and an orange belly. It averages 8 cm in length, with males possessing smooth crests on their backs. 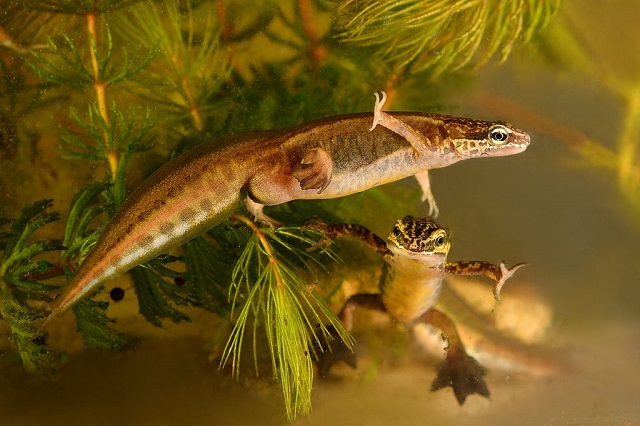 Smooth newts are brown in colour, with yellow or orange bellies and black spots. They average 8 cm in length, and males develop a wavy crest during the breeding season. 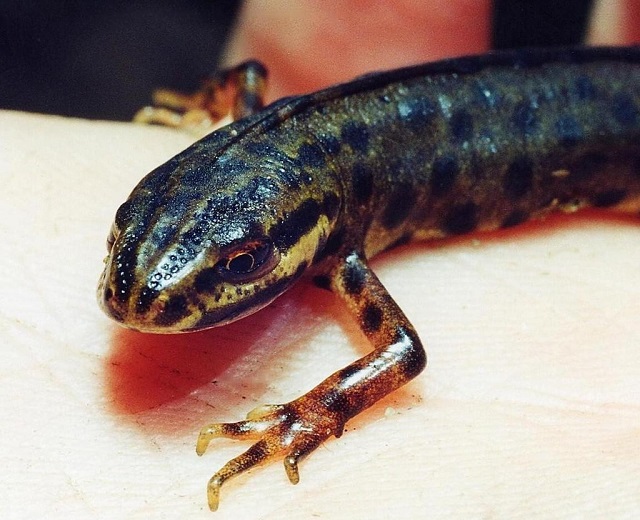