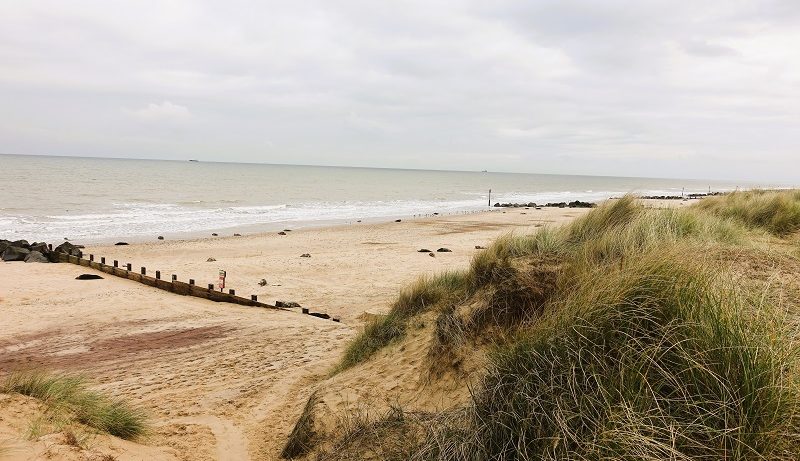 Protecting Our Oceans is a campaign and mission statement by the National Trust which supports the designation, and effective management, of all protected areas along the British coastline. This includes shoreline and marine environments, and even areas of land bordering the coastline that are of ecological or environmental importance. As a large British coastal land owner, maintaining marine and shoreline environments is a key part of the National Trust’s purpose, as it seeks to retain a high level of coastal biodiversity, with a wide range of animal species living and thriving within its marine and shoreline areas. The Protecting Our Oceans campaign not only emphasises the importance of maintaining coastal environments, but it also highlights several solutions as to how it can safeguard coastal biodiversity, which includes influencing governmental directives and legislation that surround the safeguarding of coastal environments. It also provides other approaches that involve the charity operating in a more sustainable way, carrying out beach cleans, and encourages dialogue with other landowners.

The Importance of Biodiversity in Coastal Environments

The 775 miles of coastal land that is owned and managed by the National Trust consists of a wide variety of coastline environments, including rugged cliffs, sandy shores, salt flats, coastal marshland and over 8,000 hectares of seabed. As one can expect, these environments include a large range of habitats, harbouring a vast ecosystem of many different species that interact with, and depend on, each other for their own survival. Therefore, maintaining this level of coastal biodiversity is very important, and through the Protecting Our Oceans campaign, the National Trust hopes to mitigate further destruction of these ecosystems. Threats to coastal biodiversity are rather high, and have been ongoing for many decades – for example, the Royal Society for the Protection of Birds estimates that the extent of intertidal habitat (such as salt flats and sandy shores) surrounding the UK has declined by about 15% since 1945. Since these particular coastal landscapes provide great habitats for seals and wading birds, the destruction of these is rather concerning to the National Trust, along with any other like-minded charities, coastal land owners and conservation groups. Furthermore, many of the 240 coastal places cared for by the National Trust are home to nationally and internationally-important seabird and seal colonies, and are often ideal seasonal nesting grounds for migratory birds. Even if the habitats that these species live in remain intact, since species such as birds and seals rely on fish from surrounding waters for survival, if any marine landscapes are overfished or contaminated, causing fish stocks to decrease in number, this can have a devastating knock-on effect on the biodiversity of other coastal areas.

Solutions Promoted by the Campaign

As part of the Protecting Our Oceans campaign, the National Trust has several solutions as to how it can protect the natural marine environment, and subsequently safeguard coastal biodiversity. Marine Conservation Zones are designated areas, located along the British coastline, that protect a range of nationally important, rare or threatened habitats and species. Even though they are designated by the UK government, and are not part of the National Trust, almost 190 of the charity’s coastal sites overlap with, or are situated next to, a Marine Conservation Zone.

The National Trust not only welcomes the concept of these zones with welcome arms, but also encourages the government to designate these zones in the first place. With a new series of 41 Marine Conservation Zones currently planned, of which 13 will border already-existing National Trust sites, the charity argues that such zones will greatly improve the coverage of the ecological network of marine environments that bordering the UK’s coastline.

However, other solutions are also promoted by the charity. In order to reduce the depletion of seafood stocks in British marine environments, the National Trust commits to only serving sustainably-caught seafood in all of its 187 food outlets, including cafes and restaurants. They have also made efforts in recent years to reduce the user of plastics in all of its stores, including a complete ban on single-use plastics being sold by 2022. The organisation has also recently shifted to using biodegradable packaging for all food and drink products, thereby reducing the amount of harmful waste produced by the charity. The National Trust also conducts regular beach clean-up events – attended by its own staff and a large army of volunteers – at which both litter and waste are removed from shoreline environments, lessening a hazard that can significantly reduce the populations of marine wildlife.

In addition, the charity also gives advice to farmers adjacent to the coastline, with the aim of encouraging them to consider the impact of pollution caused by both nutrient and sediment runoff. These can be very harmful for coastal ecosystems, as agricultural fertilisers can cause algal blooms, which remove oxygen from the surrounding water, and sediment such as soil can smother seabed environments, killing off fish eggs and species such as crabs.

As demonstrated, maintaining the natural environment of marine and coastal areas is important for a number of reasons, and since marine ecosystems are under threat, it is a good thing that the National Trust aims to safeguard and protect shoreline and marine environments. Although the charity shows that working with governmental directives is a sensible action to take, it also demonstrates how it reduces wastage and promotes sustainability within its own organisation, and interacts with neighbouring landowners in reducing forms of pollution.