Home » The National Trust – Its Role in Protecting the British Coastline 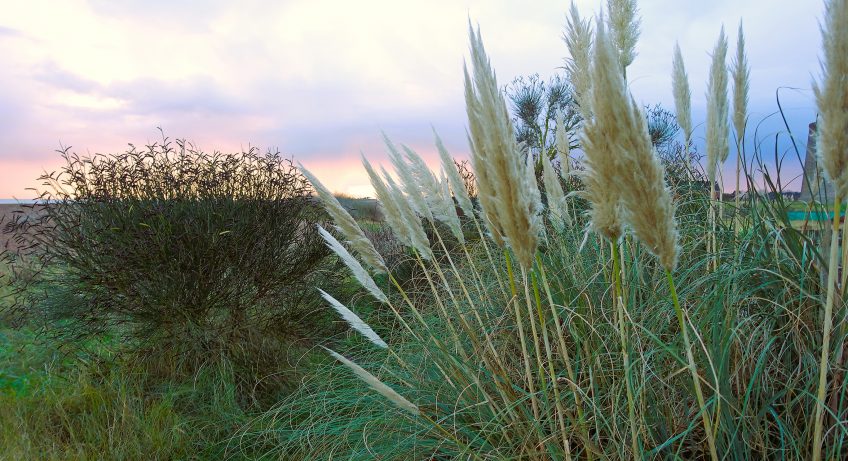 The National Trust is a charity that owns and maintains large areas of England, Wales and Northern Ireland, with the aim of conserving the heritage of a multitude of buildings and natural landscapes. In Scotland, a separate and independent National Trust for Scotland exists, with the same aim. The charity maintains areas including country estates and stately homes, sections of national parks, a large number of beauty spots, buildings of historical importance, and wide stretches of the British coastline. Although the National Trust maintains a sizeable proportion of these features within England, Wales and Northern Ireland, it does not maintain all of these. Some of these are private owned, and if they are not, they will likely be maintained by either British government agencies, or other charities. The National Trust is also a membership organisation, with members of the charity typically rewarded with discounts in entry fees to their numerous attractions, as well as a reduction in café prices and car park charges.

The British coastline is, of course, the focus of this website. Being the largest coastal landowner – including 775 miles of the British coastline, which is spread out over 240 coastal areas – the National Trust helps to maintain a sizeable proportion of the shoreline environment, keeping much of its natural landscape pristine and preserved. 649 miles out of the 775 miles of coastline has been designated as ‘pristine land’ – in other words, it is designated for permanent preservation. This is necessary as coastal development has increased slowly, but surely, since the 1960s – for example, between 1965 and 2014, coastal built-up areas increased by 42%, which is the equivalent of a city the size of Manchester being added to the coastline. Along with other like-minded landowners, charities and government agencies, the National Trust plays a vital role in protecting and preserving the natural coastal landscape. It does this by launching campaigns in order to raise awareness, primarily from the general public and government policy-makers, supporting government initiatives that aim to maintain sea life and the coastal landscape, and organising events such as beach cleans. A list of four important campaigns and events is listed below.

In the years after World War II, urban development spread across small but significant rural areas throughout the United Kingdom, including areas bordering coastlines. This included both residential and industrial development. In 1965, the National Trust launched the Neptune Coastline Campaign to prevent the coast from being over-developed – as well as being a campaign group against this type of change in the coastal land use, the charity also acquired a large amount of land bordering the coastline. Around three-quarters of its coastal land area has been acquired by the National Trust since the mid-1960s, and considering how much coastal development has increased since 1965 on areas of the coastline not managed by the National Trust, it is fair to say that this has been a rather successful campaign.

Since many of the National Trust’s beaches are popular with tourists, particularly during the summer months, litter is often left behind without being disposed of in a far more environmentally-friendly manner. Litter and debris also wash up on the shoreline, often consisting of disposed waste from overseas – for example, litter from as far afield as Canada, Saudi Arabia and Russia has been found washed up on Britain’s beaches. In order to keep its beaches clean and tidy, the National Trust organises regular beach clean-up events up and down the county, which removes litter and disposes it in a sensible way. These events involve the voluntary work of members of the public, and the help of organisations and other charities, including Keep Britain Tidy.

In 2015, due to projected climate change-related sea level rise, and the subsequent increase of coastal erosion resulting from this, the National Trust published its ‘Shifting Shores’ report. Within it, the charity highlights how it needs to change how it manages its coastal property, in order to mitigate likely effects on the landscape, wildlife, people who live nearby, and the needs of visitors. 80 coastal hotspots are identified that are particularly vulnerable to future coastal erosion – it is discussed whether the National Trust should build sea defences (or improve already existing ones), or if they should instead adapt to changes in erosion. The latter option describes the need to relocate the shoreline, animal habitats, buildings and infrastructure, and the potential ways of achieving this.

Protecting Our Oceans is a campaign and mission statement by the National Trust which supports the designation, and effective management, of all Marine Protected Areas along the British coastline. Many of the 240 coastal areas that are cared for by the National Trust include habitats to large seabird and seal colonies, all of which are a vital part of the ecosystem, and have both national and international importance. Almost 190 of the National Trust’s coastal areas overlap with Marine Protected Areas, with 41 new sites being proposed. The charity supports government initiatives to maintain sea life, and encourages its visitors to take care of – and respect – the coastal landscape while visiting National Trust sites. The actions of beach clean-up events, the Neptune Coastline Campaign, and reports such as Shifting Shores, all assist the charity in supporting biodiversity, as well as with maintaining its sections of coastline effectively.