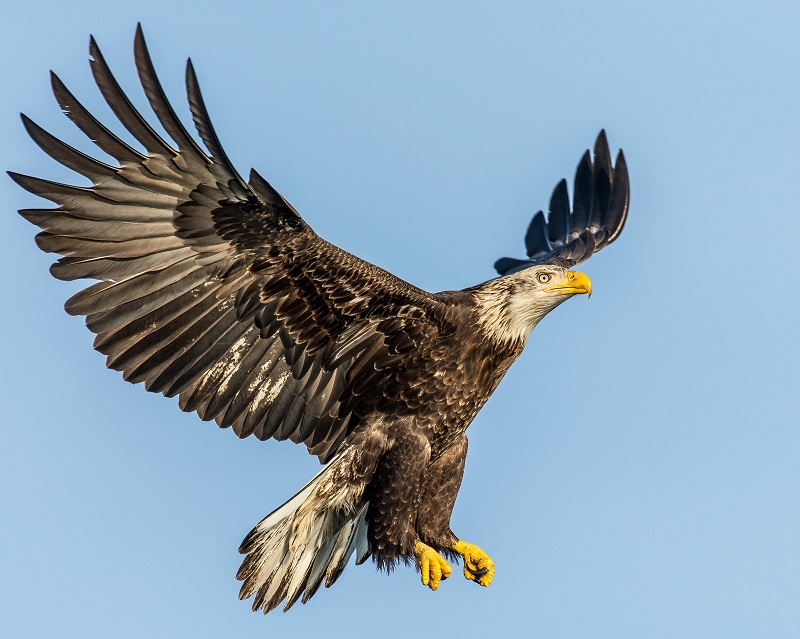 Headland of the Great Seas

Situated on the west coast of Scotland, the Ardnamurchan peninsula is one of the wildest parts of the United Kingdom. It also boasts the title of having the most westerly point on the British mainland – Corrachadh Mòr. But what really makes the Ardnamurchan region so unique is its remoteness. The area is characterised by a lack of human interference and the main access route is a winding, single-track road that crosses the peninsula from the small village of Salen on the eastern edge. The unspoilt landscape provides magnificent views of rugged coastlines, undulating headlands and pristine forests, all of which are great for wildlife.

The peninsula itself covers about 130 square kilometres and is surrounded on three sides by the ocean, giving rise to its poetic name in Scottish Gaelic: headland of the great seas. The northern coastline has several sandy beaches and, at the peninsula’s southern edge, the ocean blends into the waters of Loch Sunart. Wildlife is present all year round, however late spring and summer might be the best times to visit, especially due to the more favourable weather conditions around this time (it can be notoriously wild in other seasons).

Eyes to the Skies

Although Ardnamurchan can be a goldmine for wildlife watchers, one particular gem of a species stands out from the crowd. The White-Tailed Eagle (also commonly known as the Sea Eagle) is a large bird of prey that graces the skies along coastlines and inlets. With wingspans of up to 2.5 metres, it is one of the largest birds in the world and a must-see for anyone visiting western Scotland. However, for such a huge animal, it can be quite tricky to see.

Once a common sight across Britain, the White-Tailed Eagle was hunted to extinction in the early 20th century. Thankfully, a reintroduction plan was put in place in 1975, with young eagles being brought in from a population in Norway in an effort to restore the species to its former glory. Since then, the UK population has grown considerably, especially in Scotland, offering spectacular encounters for lucky travellers.

White-Tailed Eagles have a strong relationship with the sea and spend most of the year around large water bodies, where they hunt for the majority of their food. The breeding season for these eagles begins in April and ends in September. These months are often the best times of year to see them as pairs will be engaging in calling, sky-dancing and other aerial displays. Top tip for spotting a White-Tailed Eagle: find a quiet bit of coast close to an area of forest.

Alongside its Sea Eagles, Ardnamurchan has a whole host of other wildlife to enjoy. With the peninsula being dominated by the Atlantic Ocean, it won’t come as much of a surprise to learn that marine wildlife is abundant. Spend a day or two on the coast and you can easily see dolphins, otters, common and grey seals and an array of bird life that might include puffins, guillemots and divers. If you’re lucky, you might even spot Basking Sharks or even Minke Whales cruising along the coast. Both of these species are known to visit the peninsula during the summer months and can provide breathtaking experiences. Consider taking a wildlife cruise by boat to get up close and personal with the animals.

It’s not just the ocean that is worth keeping an eye on. The ancient forests of Ardnamurchan are home to elusive species such as Pine Martins and Wildcats. Try exploring early in the morning or late in the afternoon to increase your chances of seeing these creatures. Common species can be equally great to see, however, and animals such as Red Deer are a frequent sight on the moorlands around the peninsula. During spring, mother deer will be giving birth to calves and you might be able to spot young ones moving around in later weeks. These are just a few of the species that are present in Ardnamurchan and a trip to the peninsula will likely result in many more wildlife encounters, all in a region designated as a National Scenic Area for its outstanding beauty. With a little patience and a bit of exploring, it’s a destination that’s unlikely to disappoint.