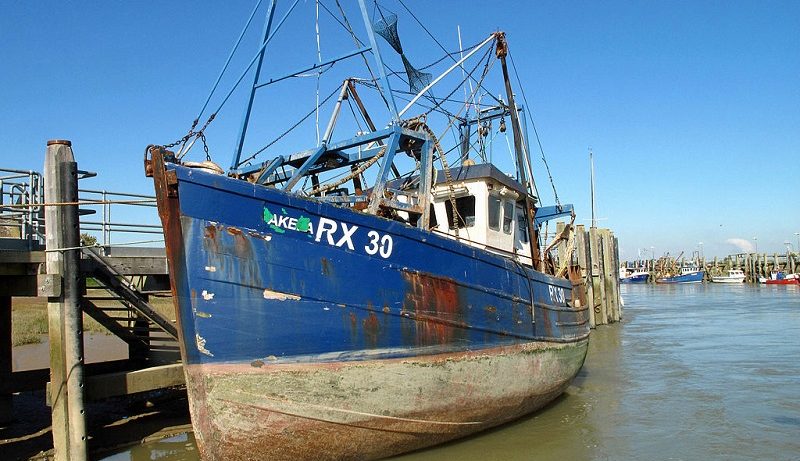 Rye Harbour is a small harbour village that sits south of Rye town 2 miles away inland and between Winchelsea and Camber Sands on the coast.  The original port of Rye gradually moved further inland due to the silting up of the area that progressively built up over hundreds of years.  The medieval town of Rye is one of the original Cinque Ports was once a busy seaport, but the silting up and the coming of the railway stopped the seaborne trade.

Rye Harbour was built in the 18th Century over several years and amid local disputes and even acts of parliament.  Today, the harbour and harbour village too are victim to the silting up and are almost a mile inland from the coast. Martello Tower 28 constructed during the Napoleonic Wars as part of several such towers is located at Rye Harbour to protect the River Rother.

A look at the historical, geographical changes of the area and man’s adaption to them add interest to the area:  There is Rye a medieval town and once-bustling seaport, gradually grounded by silt and Rye Harbour the harbour created to replace the port, gradually succumbing to the same fate.

Rye Harbour is an attractive village with clear evidence of the ancient industrial past of Rye and Rye Harbour when travelling between the two you pass industrial estates and an oil refinery.   When first arriving into the village, the varying architectural styles are noticeable, due to more housing being built at different times over the years and parts of the village are very pretty.

What makes Rye Harbour so special is the nature reserve, home to over 4,500 species of birds, plants and animals.  The area is a Site of Special Scientific Interest, and a Special Protection Area for birds, regarded as one of the most important wetlands in the world.   The nature reserve is managed by the Sussex Wildlife Trust, and they have a staffed information centre and a new discovery education centre.  The reserve offers free access and a scenic walk down to the beach and number of lovely coastal walks.

There are many types of sailing boats moored at Rye Harbour, and at times the sailing activity is fascinatingly busy.  The lifeboat station is a fairly dominant feature at the waters’ edge. The Mary Stanford lifeboat house remains as a landmark on the beach and as a monument to a lifeboat crew who lost their lives at sea in 1928.

The beach is shingle and sand and a short walk from the village to the beach.  For those with compromised mobility not content with watching the harbour area river activity, there is easy beach access at the nearby town of Winchelsea.

Local history includes the nearby Camber Castle that was built by Henry VIII.  It is possible to explore the castle as part of a walk around the nature reserve.

It is impossible to think of Rye Harbour without remembering walks through the old medieval part of Rye.  The crooked half-timbered houses and cobbled streets of the Mermaid Street area are delightful.