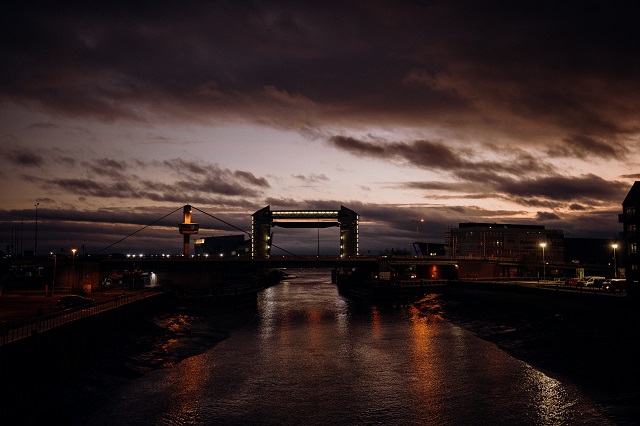 Kingston-Upon-Hull (also known colloquially as just ‘Hull’) sits on the north bank of the Humber Estuary, giving it a prime spot for transporting to mainland Europe. It’s no surprise that the area has been inhabited by humans for over 1000 years, since the location offered plenty of access by ship and to

In 2017, Hull became the UK City of Culture for that year, awarded by the Department for Digital, Culture, Media, and Sport. It kept the designation until 31 December 2020 and lots of festivals and events were held in the city to celebrate art, culture, and Hull’s vibrant history.

History as a Port and Trading Town

There is evidence that Hull has been inhabited since the Neolithic era. Although it wasn’t the location of a prosperous city because of the lack of fresh water nearby. But the river was a prime shipping and trading spot. Hull started as a hamlet called Wyke which sat on the banks of the River Hull, and its primary trade was in wool.

In 1293, the town of Wyke was gained by King Edward I, who changed the name to Kings Town Upon Hull, which got shortened to Kingston Upon Hull. It acted as a base for the royal during the First War of Scottish Independence until 1328 and became a prime spot for exporting woollen clothes, wine, and timber. Primary trading links were in Scotland and northern Europe–including Scandinavia and the Baltic states.

Hull grew in size during the 16th and 17th centuries, and was considered an affluent town. There were lots of buildings constructed during this time for the upper class, including the Wilberforce House, which is now a museum. A large set of docks were constructed in the 18th century, and Hull became a whaling town. As steam-powered ships became more popular, Hull’s trading links expanded to the rest of the world. Ships went to Australia, New Zealand, and South America.

From the 1850s onward, Hull also played a big part in emigration Northern European settlers to the ‘New World’. Thousands of emigrants left the UK through Hull and Liverpool and went to North America.

Hull received city status in 1897, at the peak of its prosperity. Huge suburban areas were constructed after the First World War and are considered part of the biggest British housing boom in the 20th century.

Because of Hull’s close location to mainland Europe, and its position on a large estuary meant it was a prime target in the Second World War for German air bombing during the Blitz. It was the second most bombed city in the UK, only London was worse. In Hull, over 1,200 people died during the air raids, and a further 3000 were injured.

The first set of air raids happened in June 1940, but the intensity of the raids got worse during 1941. Major air raids took place in March 1941, and Hull was consistently targeted for the entire year. Lots of historic buildings were destroyed or damaged beyond repair.

In May 1941, the city was subjected to massive air raids lasting 5-6 hours, in which incendiary bombs, parachute mines, and other explosives were dropped over the city. The Riverside Quay burned down, the Rank Flour Mill was damaged, and the bus depot and the buildings containing the telephone system. 400 people were killed.

In later years of the war, as the Germans moved their attention east to Russia, Hull got some respite from the constant air raid attacks. Although the East part of Yorkshire was still the target of regular air raids, they reduced in intensity. Lots of children were evacuated into the country and away from the city. 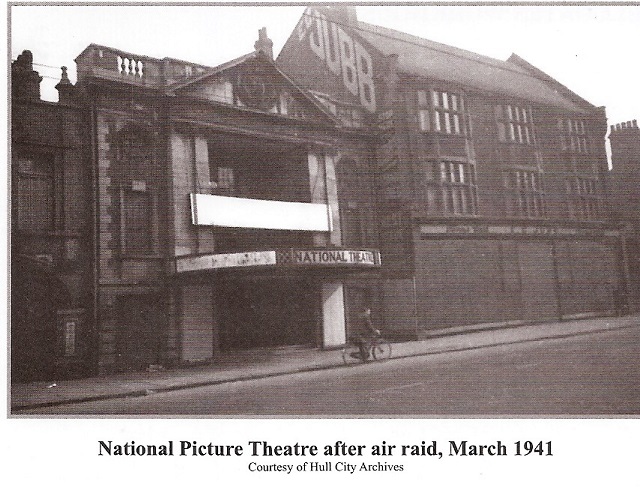 After the war ended, many buildings were restored, or new buildings constructed in their place. The National Picture Theatre in Hull was left undeveloped after a parachute bomb blew out the back of it during the war, and it’s now a listed building as one of the last buildings showing what post-war Britain looked like.

Things To Do in Hull

Being a large city, there is plenty to do in Hull for the entire family. The city is rich with history and culture, so you can appreciate the old medieval town of Hull, or go to see their massive aquarium.

The Hull Streetlife Museum of Transport gives visitors the opportunity to step into the past and experience 200 years of transport history in the country. They have examples of old vital transport measures like horse-drawn carriages, trams, and a 1940s high street for people to walk through and understand the old sights and smells people encountered daily.

People can also marvel at various cars, buses, and other forms of public transport throughout the decades. The museum is free for visitors too!

The Deep is an exciting public aquarium where people can marvel at thousands of different sea creatures, from sharks, to tropical fish and rays. It was voted the best family place to visit in Hull in 2013, and is a popular place for school field trips, taking on around 30,000 students each year.

It’s an excellent spot to visit to learn more about marine life, food chains, habitats, and the environment.

Hull’s Old Town is truly a hidden treasure that everyone should experience when they come to the city. Buildings constructed during Georgian and Edwardian eras line the cobbled streets, and visitors can feel like they’re stepping back in time as they traverse the old roads and admire the many brick buildings.

This is where a lot of the museums are located, and is also the site where Mr Marks and Mr Spencer had one of their first penny bazaars–we all know how that went, turning it into one of the UK’s most loved department stores.

The building that now houses the Maritime Museum started its life as Hull’s Dock Offices in 1871. It houses exhibits about Hull’s whaling history, and the North Sea fishing industry, as well as galleries about Hull’s deep background in Maritime trade.

The museum is currently closed for refurbishment, and will reopen in 2025, but that doesn’t mean you can’t admire the stunning building’s façade. It’s an iconic image of Victorian architecture, with intricate statues and columns making up the front. 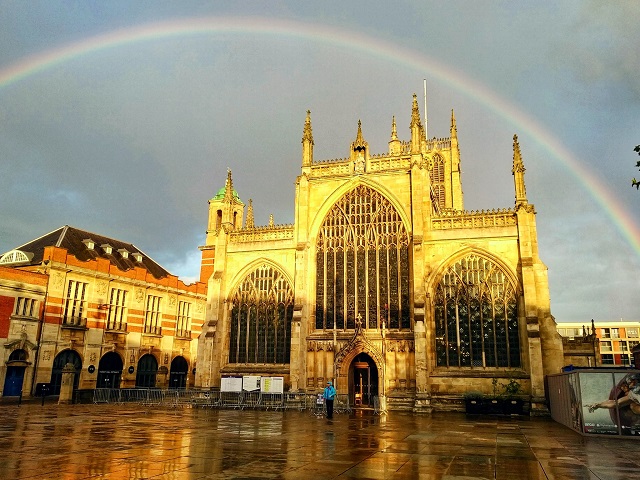 Located in Hull’s old town, Hull Minster is the largest parish church in England. It was first built around 1300, and is an excellent example of medieval brick-work. It’s a beautiful place to wander quietly and admire the building, or listen to the incredible organ.

While it’s not as touristy as seaside cities like Whitby and Scarborough, Hull’s background is primarily in trade and industry. Although Hull gets a poor reputation in the UK as it’s not considered as pretty as places like Liverpool, London, or Edinburgh, it’s still a wonderful city to visit. The city itself is packed with culture and history, and there are plenty of places to stay for a few days if you’re doing a trip around Yorkshire.