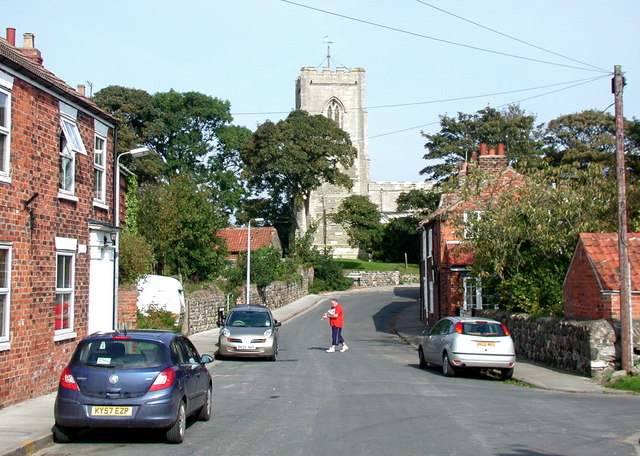 Easington is an isolated Yorkshire community with plenty to see and do. The people who live here have to deal with long travel times to get to secondary school, and access essential services like hospitals. There are also no supermarkets.

However, it’s one of the best places for the views, and a walk along Spurn point–a narrow stretch of land that’s only 50 metres wide is an absolute must.

In a recent survey completed at the start of 2022, Easington was rated one of the most isolated communities to live in the UK. People who live here are far away from secondary schools, and hospitals, and driving is essential if you decide to live in a community so far away.

It’s a long winding drive before you reach the coastal hamlet, marked primarily by the modern gas terminal and ancient All Saints’ Church.

In previous centuries, the village has held a population of around 500, with a butcher, corn miller, blacksmiths, wheelwrights, greengrocers, shoemakers and tailors. The All Saints’ Church stands prominently in Easington, with parts of it constructed from the 12th–15th centuries.

The architecture of the Norman church is stunning, with an original chancel. Windows that make up the north nave were used by old Saxon grave slabs, still clear with ancient markings. There’s an original piscina, set into a wall above the east window.

Other incredible features include a stained glass window installed in 1399, and a piece of graffiti of a boat (either a Spanish galleon or a Viking longboat). Last, there is the Easington Imp, a fiendish character carved in the northernmost column.

Elsewhere in the hamlet, a thatched tithe barn can be found. It’s a listed building, and features on the National Heritage List for England.

Being in such an isolated spot, it’s no surprise that Easington is near some impressive nature reserves. The most magnificent of these being Spurn Point.

Spurn National Nature Reserve covers a massive 327 hectares, and has plenty of sheep, cattle and walking trails. Bring your walking boots! It is an iconic peninsula which curves around the edge of England through the North Sea and Humber Estuary. The point is three miles long, but only 50 metres wide, which means the sandy dunes are constantly changing.

Since it’s so thin, it’s worth checking the weather and tide times before you go, lest you end up getting washed away.

There’s a Discovery Centre, packed with information about the area, and they put on a Spurn safari too. It’s a three-hour guided tour appreciating all the wildlife who settle in the Spurn Nature Reserve. You can also take a walk along the point and visit the Spurn lighthouse.

As for the history, there is an abandoned village in Spurn, and visitors can still see a chalk football crowd drawn onto a wall in a play area for children. But, like many of the villages along this coast, people moved away as the elements took over. Ravenser Odd and Ravenspurn were two other villages that are now under the sea as the levels have risen along this ever-changing coastline.

Right above Spurn lies another nature reserve, the Kilnsea Wetlands Nature Reserve. It’s much smaller, at only 35 hectares, but is to compensate for wildlife that have needed to move further inland because of the eroding coastline.

Plenty of migrating birds stop to rest in the wetlands, golden plovers, knot, dunlin, sanderling, and bar-tailed godwit have all been spotted here. There are a variety. Of different habitats, with grassland, freshwater and saltwater pools, and marshes. Livestock graze, making these new wetlands a sustainable nature reserve.

They’ve also built two hides and a screen for visitors to appreciate the wildlife while remaining hidden, and safe from the wild weather. Bring a set of binoculars if you decide to visit.

Like many places along the East Riding Yorkshire coast, this area experiences a much higher rate of coastal erosion than other spots in the UK. Villages have been lost to the tide, people moving away before they get washed out to sea. Who knows what will happen next? Perhaps some places we currently know and love will soon be swept away, too.

Easington parish once included other villages called Turmarr, Hoton, Northorpe, Dimlington, Old Kilnsea and Ravenser, but they’ve all been lost. Some disappeared as early as 1400, whereas others vanished more recently. The ruins are now underwater.

While there isn’t much to do in Easington aside from visiting the church and walk around the hamlet, there’s plenty to do nearby. Easington beach is worth a walk, and you can travel south to Spurn Point and the Kilnsea Wetlands.

You can also take a trip to Spurn Head Beach and enjoy the sand, or go to Withernsea Lighthouse Museum.

An Isolated Community with Plenty to See

While people might initially think Easington and the surrounding area are tiny hamlets with little to do, when you inspect further, there’s plenty to gasp at in this small part of the UK coastline that has a big impact. Take a walk along the constantly eroding coast, experience the wonder that is Spurn Point, and immerse yourself in the history and nature of the area.

This peninsula is not to be missed on a trip around Yorkshire.