Home » Autumn on the Norfolk and Suffolk coast 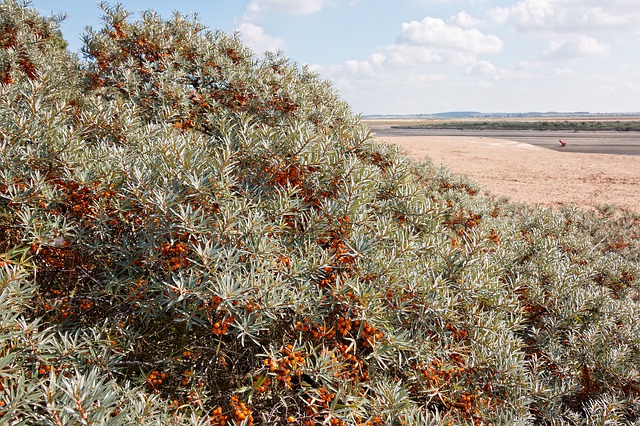 When autumn comes around, the tides tend to be higher. This often means the chances are higher of the waves washing away debris and material to reveal what’s hidden underneath. Historically, the coast around Norfolk is a treasure trove to find fossils in this way.

West Runton in particular is known as a great place to visit since the higher tides reveal the Forest Bed buried underneath which is full of great collectables if you look well enough. Its most well-known find is probably the ‘West Runton Mammoth. This was discovered in 1990 in West Runton’s cliffs and to this day is the largest nearly complete mammoth skeleton to be discovered. It’s Britain’s oldest too! This behemoth is estimated to have been twice the weight of the modern African elephant. It wasn’t found by any top-tier archaeologist either. In fact, local residents found a large bone protruding from a cliff base after a particularly stormy night. They contacted Norfolk Museums service and after that, the professionals discovered more of the animal’s remains. This animal dates from at least 478,000 years ago!

Don’t expect to find a primaeval beast every time you pop down for a rummage but your chances of finding something interesting to cherish are as good as anywhere else. Probably best not to go digging at cliff bases though, or any parts of the cliffs to be honest! Stick to the flat ground where it’s safe and there’s still plenty left to find.

Footprints left behind by an early man hominin have also been found in nearby Happisburgh before.

This 36km trail follows the clifftops of Norfolk’s northern coast and has been marked with unmissable discovery points, eleven of which are dotted along the route. It starts at the small village of Weyboure and ends by Cart Gap Beach’s stunning shore.

There’s a great app called the Deep History Coast App which makes for the perfect accompaniment to see what the various spots were like thousands of years ago on the guided walks. When you reach certain points it pops up with pictures that can show what your current view looked like in the past.

Historical gems here include the earliest known evidence of human occupation in northern Europe as well as numerous important clues to the still-mysterious Doggerland – this was the area of land that connected the United Kingdom with mainland Europe during the last ice age and likely provided the route for the first humans to arrive in Great Britain. It now lies below the southern Northern Sea.

The walk is also a great opportunity to check out the oldest archaeological sites in northern Europe, Happisburgh, as well as the previously mentioned West Runton site where the largest known mammoth remains were found.

Each October the Norfolk Trails Walking and Cycling Festival takes place over the course of the month, which is the ideal time to explore this route and get the most out of every stretch. Great events are held that can make exploring Norfolk’s northern coast even better.

To those in the know on this niche activity, the capital of birdwatching in Britain is indeed Norfolk. The fact Norfolk is so close to the continental mainland of Europe makes it a great spot for nature reserves and catching sights of rare and unique species of birds you won’t see elsewhere in Britain.

Spring is the time of year when you can see birds such as marsh harriers and avocets and you can catch many species passing through on their way to the Arctic. Summer is the season for seeing redshanks and pectoral sandpipers. Winter is prime goose time, as north Norfolk gets the most diverse and large geese concentrations in Britain visiting. Some come from places as far as Greenland and Iceland to settle for the winter. For many, however, Autumn is the time to visit Norfolk for the best birdwatching opportunities. This is when you can catch huge flocks migrating home for the winter months after being away for the summer. You can see goldcrests, starlings and if you’re lucky you might even catch sight of a rare wryneck.

Are there any better ways to spend all day in a nature reserve quietly taking in the wildlife?

One of the highlights along the Deep History Coast Trail is the Cromer Museum which is especially impressive for its collection of fossils, all of which were discovered in Norfolk. It’s a great place to learn about why the area is internationally recognised for its geological importance.

One highlight is the cast of the skull of a Mosasaur. This giant creature was a marine reptile that dominated the seas that 80 million years ago used to submerge the area we now know as Norfolk. Of course, it’s also a great place to find out more about the West Runton mammoth too.

This is all set in a quaint Victorian fisherman’s cottage that also has spaces that display what life in Cromer was like towards the end of the 19th century. A giant archive of historic photographs and some illustrations help to paint this picture.

This beach is still a bit of a hidden gem, with many potential visitors instead ending up at Happisburgh beach or Sea Palling, which sandwich Cart Gap. Part of the reason you’ll get more of the place to yourself at this great spot is that you’ll have to get down a narrow, single-track lane to reach it. Who doesn’t like a beautiful spot off the beaten track that they don’t have to share with everyone else, though?

This sandy getaway follows far away round either way since much of this coastline runs uninterrupted, even if the beach names change from stretch to stretch. The fact many people don’t want to make the effort to walk down to Cart Gap means it’s a great opportunity to enjoy some more personal time than you may otherwise get a few miles either way.

Close by is the small market town of North Walsham and Smallsticks Cafe is only a brief walk away from the sandy seafront.

The Heritage Railways are a great way to see the sights of eastern England, and the North Norfolk Railway, in particular, is a highlight.

Part of the line, which now runs for a total of 8.4km, was first opened all the way back in the autumn of 1884!

Along its route passengers can see everything from the Sheringham seaside to Holt, a cosy Georgian market town.

There are three Victorian stations and if you get off at Holt station there’s a railway museum worth seeing too. If you go between spring and the end of autumn you can catch a ride on one of the classic steam trains too.

There are seasonal special events to try out along the line too such as diesel galas, steam galas and an annual beer festival.

The line, sometimes called The Poppy Line is easy to get to too, being accessible from the main British rail network. All you need to do is take the Bittern Line to Sheringham.

Thanks to Great Yarmouth’s seemingly endless choices of activities and fun ways to spend the day it’s built itself a reputation as a famous popular family holiday destination.

There are miles of sandy beaches to explore including Gorleston-on-Sea, Winterton-on-Sea and Hemsby. Britannia Pier and Hippodrome Circus offer an opportunity to see great shows that the whole family will enjoy. Great Yarmouth’s maritime history and rich heritage can be explored at the brilliant museums available. There’s also over 120 miles of waterways and the man-made Norman Broads that span them that are worth checking out.

The resort, which has been visited by holidaymakers since the 1700s also has some fantastic funfair rides as well as adventure golf meaning there’s some form of fun to be had by everyone.

Only a small riverway away from the Snape Maltings concert hall lies Aldeburgh, which is one of the favourite beaches among locals. Its claim to fame among many outsiders is the fact that it was the home of 20th-century composer Benjamin Britten.

Independent restaurants and shops fill the bustling high street. In the summer many people come to visit Aldeburgh for its fun annual festival but those people miss out on the blissful tranquillity that engulfs the town in the autumntime. Make sure to get yourself some blood orange ice cream when exploring the area and keep an eye out for the unique quatrefoil Martello tower and the 16th-century Moothall.

This is one spot that can’t be missed by anyone keen to see the best parts of Suffolk!